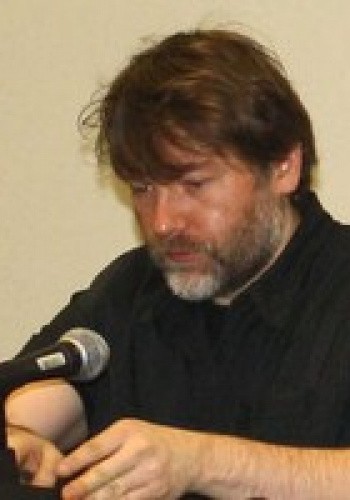 James Lloyd is a Canadian comic book artist. His work with Matt Groening's Bongo Comics Group began in 1998 when he pencilled an issue of Simpsons Comics. To this date, James Lloyd has pencilled numerous Simpsons, Bart Simpson, Futurama, and Simpsons/Futurama Crossover comic books. In the story "New Year's Rockin' Evil", John Delaney drew a caricature of Lloyd during the part of the story where Fry says how Bender blew himself up to save the world (look for the guy in the top hat).