The Hobbit. The Battle of the Five Armies Chronicles. The Art of War. 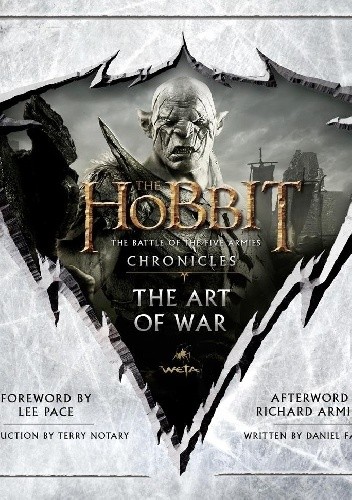 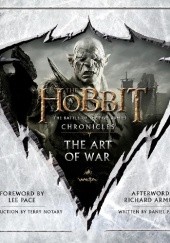 The Hobbit: The Battle of the Five Armies Chronicles – The Art of War goes behind the lines to explore how thousands of artisans brought the defining film of Peter Jackson’s adaptation of J.R.R. Tolkien’s The Hobbit to the screen. More than 1,000 intricate illustrations, stunning photographs and never-before-seen imagery illuminate fascinating insights shared by cast and crew, including exclusive content from the extended edition of the final film. Also included is an exclusive, fold-out battle map illustrated by Weta Workshop Designer Nick Keller!
Discover the challenges and reactions of the stars of The Battle of the Five Armies as they recount their experiences and excitement. Join the choreographers of the film’s action to examine the battle strategies and formations of each of the five armies, and learn how a dozen stunt performers became thousands of digital troops. Pore over archive-quality photography of staggeringly detailed weapons and armour and browse galleries of fearsome war beasts and monsters.
From the sorcerous ruins of Dol Guldur and the fiery conflagration of Lake-town, follow the filmmakers on to the blood-soaked battlefields of the Lonely Mountain, and climb the steps of Ravenhill to witness the final, tragic duel of Thorin Oakenshield and Azog, the Pale Orc.
As the story of The Hobbit reaches its shattering climax amidst an epic landscape of war and tragedy, join Weta Workshop senior concept designer Daniel Falconer behind the scenes one last time as this sumptuous final book in The Hobbit: Chronicles series celebrates the epic conclusion of The Hobbit film trilogy.

Dodaj cytat z książki The Hobbit. The Battle of the Five Armies Chronicles. The Art of War.