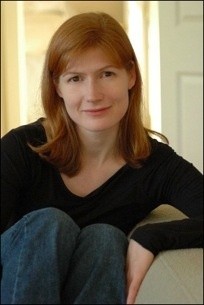 Maile Meloy is the author of the story collection Half in Love, the novels Liars and Saints and A Family Daughter, and the new collection Both Ways Is the Only Way I Want It, which was named one of the Ten Best Books of 2009 by The New York Times Book Review and a best book of the year by the Los Angeles Times and Amazon.com. It also won the California Book Awards Silver Medal for Fiction. Meloy’s stories have been published in The New Yorker, The Paris Review, Granta, and other publications, and she has received The Paris Review’s Aga Khan Prize for Fiction, the PEN/Malamud Award, the Rosenthal Foundation Award from the American Academy of Arts and Letters, and a Guggenheim Fellowship. In 2007, she was chosen as one of Granta’s 21 Best Young American Novelists. Her new novel, The Apothecary, is her first for young readers. She lives in Los Angeles.