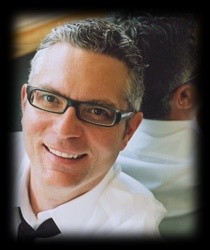 Andrew Pyper was born in Stratford, Ontario, in 1968. He received a B.A. and M.A. in English Literature from McGill University, as well as a law degree from the University of Toronto. Although called to the bar in 1996, he has never practiced.

The Guardians, Andrew’s fifth novel, is to be published in Canada (Doubleday Canada) in January 2011, the U.K. (Orion) in February 2011, and following this internationally in various territories.