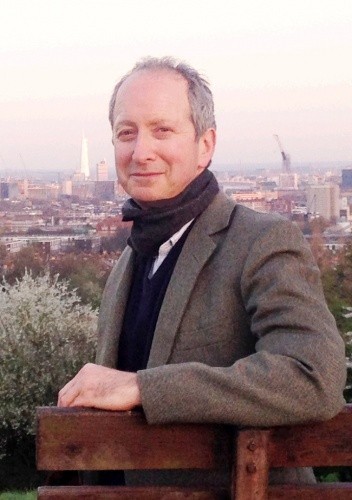 Hugh Sebag-Montefiore was a barrister before becoming a journalist and historian. He has written for the Sunday Times, Sunday Telegraph, Observer, Independent on Sunday, and Mail On Sunday. His first book Kings On The Catwalk: The Louis Vuitton and Moët-Hennessy Affair was published in 1992.

Bletchley Park, the backdrop to much of the action in his first history book Enigma: The Battle For The Code (published in 2000), used to be owned by Hugh’s great great grandfather, Sir Herbert Leon. Hugh’s father, Stephen, used to stay at Bletchley Park every Christmas, at a time when the house was humming with servants, and when the garden was tended by no less than forty gardeners. During the run up to the 70th anniversary of the capture of the Enigma codebooks from German U-boat U-110, Hugh was commissioned by Bletchley Park to supply the text and photos for an exhibition describing the capture.

The location for the climax of his next book, Dunkirk: Fight To The Last Man (published in 2006), also summoned up forgotten memories within Hugh’s family. His cousin Denzil Sebag-Montefiore lost his precious ivory backed hair brushes engraved, with his initials, which had to be thrown into the sea at Dunkirk, along with other heavy items in his backpack, so that he would be more buoyant. He eventually made it back to England, after being heaved into one of the boats ferrying British soldiers out to the larger ships waiting off shore. Another cousin, Basil Jaffé, passed the time waiting to be rescued from the shallows near one of the Dunkirk beaches by reading his miniature edition of Shakespeare’s plays.

The Western Front, where the World War 1 action portrayed in his most recent book Somme: Into The Breach took place, has a mixed reception when it is discussed in Hugh’s family. On his father’s side, Tom Sebag-Montefiore, Hugh’s grandfather’s first cousin, thrived as a gunner on the Somme, and elsewhere on the Western Front. Tom’s letters to his mother describe how although he was a mere captain at the time, he sometimes dined with generals on the Somme, with whom he had become acquainted while riding for Great Britain in a pre-war international horse show. His letters also disclose the extraordinary steps he took to practice his religion in the trenches, fasting on the Day of Atonement until he was too weak to walk back to his unit after attending the service, and ordering his mother to send him matzah, the biscuit like unleavened ‘bread’, and the flourless cakes, that observant Jews eat instead of normal bread and cakes during the 8 day festival of Passover. Cecil Sebag-Montefiore, Hugh’s great grandfather, was less fortunate: he sustained a serious head injury on the Western Front and never fully recovered. Shortly after the War he took his own life. Bertie Woolf, the step brother of Hugh’s grandmother, on his mother’s side, survived his service as a gunner on the Somme, only to be killed in the trenches the following year