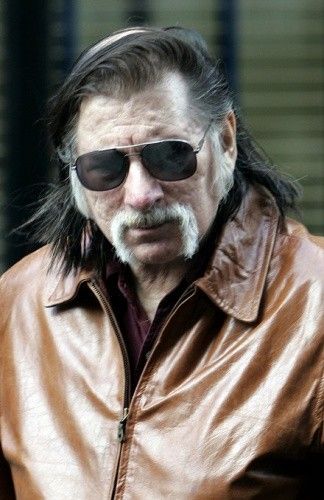 During the 1970s Richard Leigh moved to the UK, where he met Michael Baigent, the man who was to be his flatmate and frequent co-author. Leigh introduced Baigent to the alleged Rennes-le-Chateau mystery in France, and Baigent launched into research on the matter. In the same decade, he met Henry Lincoln, a British television scriptwriter, while Lincoln was lecturing at a summer school. The three discovered that they shared a common interest in the Knights Templar, and took their Jesus bloodline theory on the road during the 1970s, in a series of lectures which later developed into the 1982 book, The Holy Blood and the Holy Grail.

Published on 18th January 1982, The Holy Blood and the Holy Grail popularised the hypothesis that the true nature of the quest for the Holy Grail was that Jesus and Mary Magdalene had a child together, the first of a bloodline which later married into a Frankish royal dynasty, the Merovingians, and was all tied together by a society known as the Priory of Sion. These theories were later used as a basis for Dan Brown's international bestselling novel The Da Vinci Code.

The day after the publication the authors had a public clash on television with the Bishop of Birmingham.[1] The book rapidly climbed the bestseller charts, and a sequel, The Messianic Legacy, was published in 1986. The Holy Blood and the Holy Grail has reportedly, as of 2006, sold two million copies, with the film rights having been bought by Paramount.

Later, only with Baigent as co-author, he penned several books, as The Dead Sea Scrolls Deception (1991) in which they primarily follow the controversial theories of Dr. Robert Eisenman about the Dead Sea Scrolls.

Two books of Leigh's fictional works have been published: Erceldoune & Other Stories (2006), and Grey Magic (2007).

Leigh's sister is the author and successful astrologer Liz Greene.