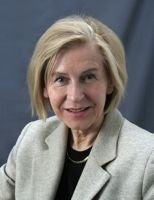 A former senior United Nations official stationed in Sukhumi and Tbilisi, tells the stories of people in Abkhazia and Georgia proper, intertwined with astute and timely analysis of the political events that have shaped the small Caucasus nation in the years since she gained her independence—from the rise and fall of Shevardnadze, the hero of perestroika and the West’s favourite “democrat”, to the era of Saakashvili, the proclaimed “beacon of democracy”, increasingly authoritarian and challenged by a discontented public. The analysis is also anchored in Georgia’s history and collective memory, indelibly marked by the lasting impact of the brutal rule of Stalin and Beria and the ever-present shadow and interference of Russia. Dr. Gierycz has had a long and distinguished career in international affairs, peacekeeping, conflict resolution, human rights and gender equality. She worked at the United Nations, serving in senior positions at its headquarters in both Vienna and New York and in numerous missions around the world, to include the United Nations Missions in Bosnia- Herzegovina (2001 to 2003) and Liberia (2004-2007) where she also represented the United Nations High Commissioner for Human Rights. Dr. Gierycz holds an MA in public international law and a Ph.D in political science from Warsaw University, in her native Poland. She further studied at the Academy of International Law in The Hague, Georgetown, Columbia, and Brown Universities in the United States. Dr. Gierycz has also authored numerous academic articles. She regularly teaches and conducts research at leading universities and institutions around the world, including the European Inter-University Centre for Human Rights and Democratisation (EIUC) in Venice, Italy, and the Norwegian Institute of International Affairs (NUPI) in Oslo, Norway, working on issues of Transitional Justice and the Responsibility to Protect. She is also currently associated with the Ludwig Boltzmann Institute of Human Rights, University of Vienna, Webster University, Vienna and European Peace University (EPU), Schlaining, Austria. Dr. Gierycz presently resides in Vienna and New York.