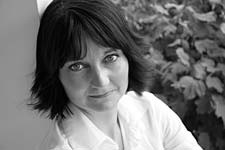 Donna VanLiere is a New York Times and USA Today best-selling author and gifted conference speaker. She has published ten titles including The Christmas Shoes and The Christmas Blessing, both of which were adapted into movies (starring Rob Lowe, Kimberly Williams-Perry and Neil Patrick Harris) and garnered big ratings for CBS television. LifetimeTelevision adapted The Christmas Hope (starring Madeline Stowe) and premiered it December 2009 to stellar ratings as well. Donna's non-seasonal novel, The Angels of Morgan Hill, has captured the same warmth as her Christmas books and continues to please loyal and new fans alike.

Donna is the recipient of a Retailer's Choice Award for Fiction, a Dove Award, a Silver Angel Award, an Audie Award for best inspirational fiction, a nominee for a Gold Medallion Book of the Year and was recently inducted into the Ohio Foundation of Independent Colleges Hall of Excellence joining such luminaries as Coretta Scott King, Hugh Downs, Dr. Norman Vincent Peale and Senator John Glenn. Donna is an in-demand conference speaker having appeared at countless women's and family events, including select Women of Faith and Extraordinary Women conferences.

Donna's latest book, The Christmas Journey (October 2010) is a retelling of the story of the Nativity told through Donna's signature voice and accompanied by moving and beautifully rendered watercolor illustrations throughout. The eighty-mile journey of a common carpenter and a simple peasant girl is one of the most powerful stories in history. As books go out of print and stories fade from memory, the journey of Joseph and Mary and her delivery inside a common barn continues to bless and inspire hope in people around the world.

Donna lives in Franklin, Tennessee, with her husband, Troy, and their children, Grace, Kate and David.