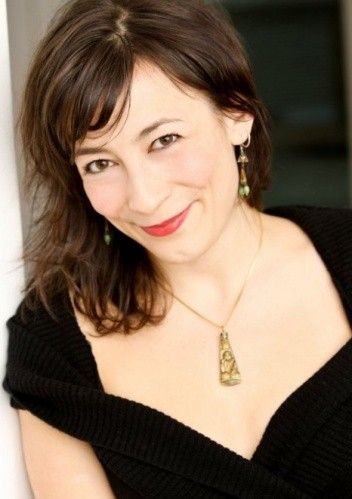 MARIA DAHVANA HEADLEY is the author of the upcoming young adult fantasy novel MAGONIA (HarperCollins), the dark fantasy/alt-history novel QUEEN OF KINGS (Dutton), and the internationally bestselling memoir THE YEAR OF YES (Hyperion). With Neil Gaiman, she is the New York Times-bestselling co-editor of the anthology UNNATURAL CREATURES (HarperChildrens), benefitting 826DC. With Kat Howard, she is the author of the novella THE END OF THE SENTENCE (Subterranean Press) - one of NPR's Best Books of 2014.

Her Nebula and Shirley Jackson Award-nominated short fiction has recently appeared in Lightspeed, Uncanny, Nightmare, Tor.com, Shimmer, Apex, The Journal of Unlikely Entomology, Subterranean Online, The Toast, and more. She is anthologized in the 2012 and 2013 editions of Rich Horton's The Year's Best Fantasy & Science Fiction, Paula Guran's 2013 The Year's Best Dark Fantasy & Horror, and Wastelands 2, Glitter & Mayhem, Jurassic London's The Lowest Heaven, The Book of the Dead, and Laird Barron's The Year's Best Weird Fiction, Volume 1.

Her essays have been published and covered in places ranging from The New York Times to Harvard's Nieman Storyboard, and range from creative nonfiction to analysis of topics such as the ethics of writing about a vulnerable subject, inequitable gender representation in mainstream media , and sexual harassment in geek culture.

She grew up in rural Idaho on a survivalist sled-dog ranch, spent part of her teens sewing Shakespearean corsets in a costume shop, part of her 20's in the maritime industry dealing with ships, pirates, and the search for Amelia Earhart's plane, and now lives in Brooklyn in an apartment shared with a seven-foot-long stuffed crocodile, and a heap of French anatomical charts from the 1950's. Her work has been supported by The MacDowell Colony, and Arte Studio Ginestrelle, among other fantastic organizations.