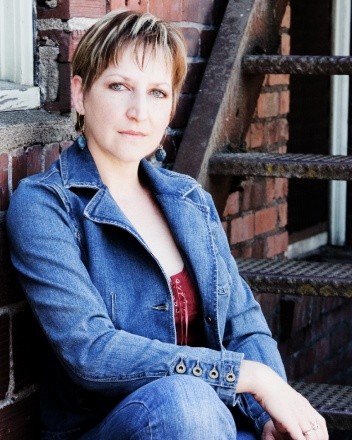 Devon Monk spent her early childhood tucked behind couches or any other place with low light, “ruining her eyes” and reading. Her love of fairytales turned into a love of adventure, magic, future science, romance, mystery, humor, noir, and anything else she could get her hands on.

Devon has sold over fifty short stories to fantasy, science fiction, horror, humor, and young adult magazines and anthologies. Her stories have been published in five countries and included in a Year’s Best Fantasy anthology. In 2010, Fairwood Press published twenty-two of her short stories in a collection titled: A Cup of Normal.

She is currently writing two series. The Allie Beckstrom books (Magic to the Bone, Magic in the Blood, Magic in the Shadows, Magic on the Storm, Magic at the Gate, Magic on the Hunt) are urban fantasy set in modern-day Portland, Oregon where magic is the new technology. The Age of Steam books (Dead Iron) are steampunk set in the 1800′s American West.

Devon has one husband, two sons, and a dog named Mojo. She lives in Oregon and is surrounded by colorful and numerous family members who mostly live within dinner-calling distance of each other. When not writing, Devon is knitting strange things, remodeling the house-that-was-once-a-barn, or hosting a family celebration.