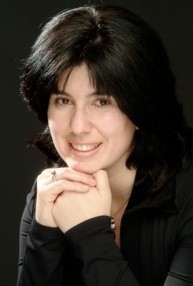 Author Miriam Peskowitz’s best-known work is the internationally-bestselling phenomenon The Daring Book for Girls, which spent fourteen weeks on the New York Times Bestsellers List, and has been translated into eleven languages, including Dutch, Spanish, French, Turkish and Chinese, with special English-language editions for Australia and the UK. Daring was included in the 2008 Oscar’s gift basket, a little known but important fact. Miriam is most proud, though, that the book has inspired girls and their families the world over. The Daring series continues with The Double-Daring Book for Girls. Miriam is also the author of The Truth Behind the Mommy Wars, and several academic books besides.


In 2009 Miriam hosted the PBS show Daring Kids with Miriam Peskowitz, now available as a DVD. She does selected corporate spokesperson work on family life and the positivity of play.


Miriam Peskowitz is an accomplished speaker, teacher and workshop leader, with experience in internet formats and traditional radio and TV. She has been a camp counselor, a musician, a blogger, a documentary talking-head, an historian, a professor, an entrepreneur, a new venture advisor and coach. Her current learning passions are anatomy and bodywork.


Miriam likes to kayak, hike, read, play with her kids, and tinker in the basement and backyard, depending on the season. She has two daughters and a husband, and all of them live happily in an old house in Philadelphia.