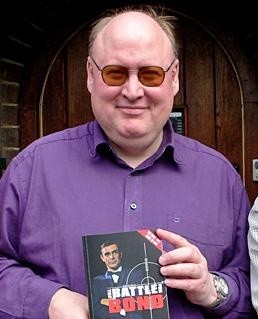 Robert Sellers (born 1965) is an English author, best known for his show-business biographies and works on popular culture including Cult TV and The Battle for Bond, an analysis of the Fleming plagiarism trial and its aftermath.

Sellers graduated from drama school and initially pursued a career as a stand-up comedian. He then turned to film journalism, and continues to contribute articles on the subject to magazines including Empire, The Independent and Cinema Retro.
Apart from his star biographies, Sellers also writes books on the entertainment industry. His book Always Look on the Bright Side of Life, the inside story of the British film company HandMade Films, was described as "fascinating" and "impossible to put down"