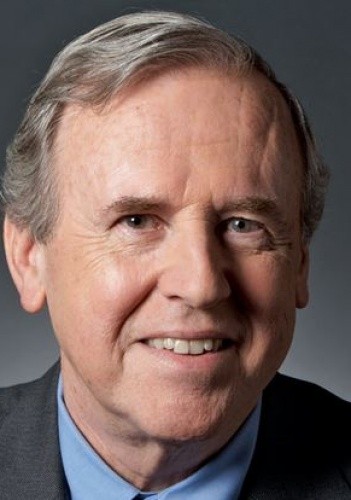 Thomas Cahill is the author of the best-selling books How the Irish Saved Civilization: The Untold Story of Ireland’s Heroic Role from the Fall of Rome to the Rise of Medieval Europe, The Gifts of the Jews: How a Tribe of Desert Nomads Changed the Way Everyone Thinks and Feels, Desire of the Everlasting Hills: The World Before and After Jesus, Sailing the Wine-Dark Sea: Why the Greeks Matter, Mysteries of the Middle Ages: And the Beginning of the Modern World, and, most recently, Heretics and Heroes: How Renaissance Artists and Reformation Priests Created Our World. These six books comprise Volumes I, II, III,IV, V, and VI, respectively, of the Hinges of History, a prospective seven-volume series in which the author recounts formative moments in Western civilization, published in North America in hardcover by Nan A. Talese/Doubleday and in paperback by Anchor Books. In the Hinges of History, Thomas Cahill endeavors to retell the story of the Western world through little-known stories of individuals who had pivotal impacts on history and contributed immensely to Western culture and the evolution of Western sensibility, thus revealing how we have become the people we are and why we think and feel the way we do today. Thomas Cahill is best known, in his books and lectures, for taking on a broad scope of complex history and distilling it into a remarkably accessible, illuminating and entertaining narrative. His lively, engaging writing animates cultures that existed up to five millennia ago, revealing the lives of his principal characters with refreshing insight and joy. He writes history, not in its usual terms of war and atrocity, but by inviting his audience into an ancient world to commune with some of the most influential people who ever lived. Unlike all too many history lessons, a Thomas Cahill history book or speech is impossible to forget.

The Gifts of the Jews. How a Tribe of Desert Nomads Changed the Way Everyone Thinks and Feels
Thomas Cahill
Średnia ocen:
9,0 / 10
1 ocen
Czytelnicy: 1 Opinie: 1
+ Dodaj na półkę