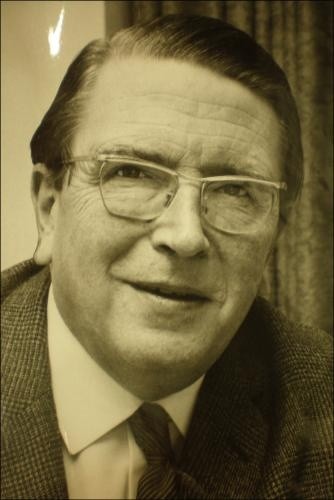 Calder first worked as a journalist in Dundee and Glasgow, where he became noted as a socialist and peace activist.

After moving to London before World War II, he accepted an appointment as the Director of Plans and Campaigns at the Political Warfare Executive branch of the Government, which was responsible for the allied war propaganda effort. He wrote propaganda posters and leaflets and speeches for allied leaders. He was a member of the 1941 Committee, a group of liberal politicians, writers and other people of influence in the United Kingdom. In 1941 he became popular with his book Carry on London, which described the effects of the German bombardment of London, Coventry and other cities in Great Britain.

He also taught International Relations at the University of Edinburgh, from 1961 to 1967. He was created a life peer as Baron Ritchie-Calder, of Balmashanner in the Royal Burgh of Forfar in 1966 and received the 1960 Kalinga prize.

Lord Ritchie-Calder is the father of science writer Nigel Calder (b.1931), writer and historian Angus Calder (b.1942) and educationist Isla Calder (1946-2000). He is also the grandfather of travel writer Simon Calder.

Works
Carry On London (1941)
Living with the Atom
Born of the Wilderness
Men Against the Jungle
Men Against the Desert
Medicine and Men
Profile in Science
Man and the Cosmos
After the Seventh Day
The Future of a Troubled World
The Hand of Life
Science in our Lives
The Wonderful World of Medicine
Leonardo
The Inheritors: The Story of Man and the World he Made
The Pollution of the Mediterranean Sea
Science and Socialism
West Meets East
Dawn Over Asia
The Birth of the Future
Man and His Environment
Hurtling Toward 2000 A.D.
A Home Called Earth
Science in Israel