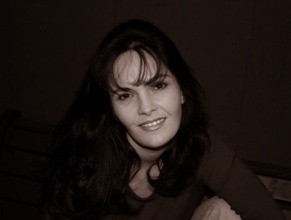 JL has been talking since she was about seven months old. To those who know her it comes as no surprise, in fact, most will tell you she hasn’t shut up since. At eighteen months, she was speaking in full sentences. Imagine if you will the surprise of her admirers when they complimented her mother on “what a cute little boy” she had and received a fierce glare from said little boy and a very loud correction of “I’m a girl!” Oddly enough, JL still finds herself saying that exact phrase thirty-some-odd years later.

Along with the motormouth, JL also displayed a very vivid imagination and artistic ability. The artist first surfaced in way of drawing and painting, then became more apparent with dance. JL was a member of the National Art Honor Society in high school and has won several regional and national titles in dance, specifically tap and jazz. In college she majored in Graphic Art, but chose to make dance her profession. She taught tap, jazz and ballet for fifteen years before settling into her career as a writer.

Today JL is a full-time writer, with over ten novels to her credit. Among her hobbies she includes reading, practicing her marksmanship (she happens to be a great shot), gardening, working out (although she despises cardio), searching for the perfect chocolate dessert (so far as she can tell ALL chocolate is perfect, but it requires more research) and arguing with her husband over who the air compressor and nail gun really belongs to (they belong to JL, although she might be willing to trade him for his new chainsaw).