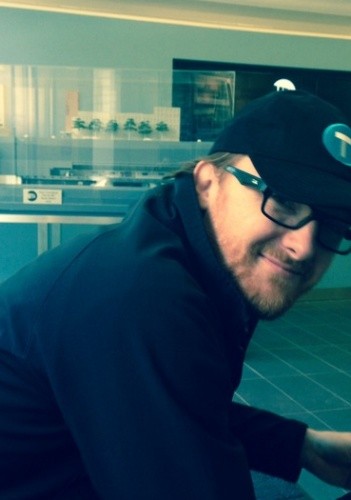 Stephen Moss was born in England, but spent time as a child in wildly diverse places, including several years in Brazil, Belgium, and Malaysia.

He eventually settled in New York, but still travels avidly, something he uses as inspiration and input to his writing. Stephen is a fan of Hard SF by masters such as Iain M. Banks, Orson Scott Card, Peter F. Hamilton and the many other fantastic writers creating masterpieces every year.

His first novel, Fear the Sky, combines his passions for science fiction with a solid, realistic foundation, with his passion for travel. The novel takes place across the globe, from London, to Brussels, to DC, to the Hindu Kush mountains of Afghanistan and Pakistan, to the back streets of Tel Aviv. The few places in the book which Stephen hasn't been to in person, he researches avidly, wanting to put his characters into the reality of their surroundings, and knowing that the settings for his stories are as important as the individuals he then paints into them.

While Fear the Sky is Stephen's first published work, the second book in the series, Fear the Survivors, is nearly finished, and the third and final installment is already well in hand. If you would like to know more, and know when the next installment is available, you can find Stephen on Facebook at www.facebook.com/TheFearSaga, or you can send an email to [email protected]