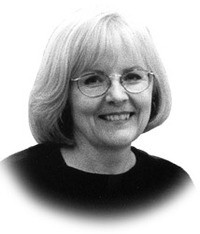 Lynne Ewing is an American author and a screen writer.

She always had to move around a lot when she was growing up because her father was in the Marine Corps. She has two sisters. Lynne graduated from high school in Lima, Peru after attending seven other schools. While she was in Peru, she learned to speak Spanish. She attended the University of California at Santa Barbara. When she was 30 years old, she began writing for newspapers, documentaries, magazines, and did screen writing. She also counsels troubled teens. Her first books were Drive-By and Party Girl. Drive-By took six years to write, and Party Girl has been made into a movie called Living the Life. She has written the completed Daughters of the Moon and Sons of the Dark series. She lives in Los Angeles and Washington D.C.. Ms. Ewing has two children, Jonathan, a molecular biologist, and Amber, an international lawyer. She has also traveled to Japan, China, Russia, Europe, Malaysia, Singapore, Laos, Myanmar, and Thailand. She has begun a new series called Sisters of Isis.