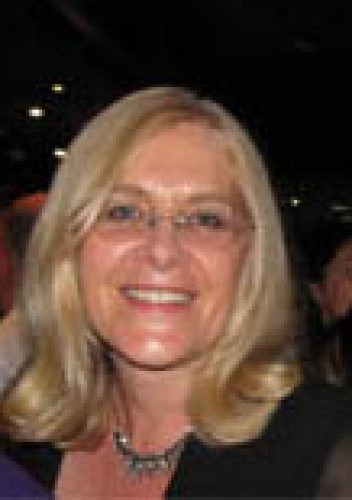 Rowena Cory Daniells is passionate about writing. Her speculative fiction stories have appeared in magazines and anthologies including ‘Dreaming DownUnder’ which won World Best Fantasy and ‘Dreaming Again’.

She has supported the writing community by serving on the management committees of two national genre awards, the Queensland Writers Centre, the Brisbane Writers Festival and Fantastic Queensland. She lives by the bay with her husband and has six children. In her spare time she has devoted five years to studying each of these martial arts Tae Kwon Do, Aikido and Iaido, the art of the Samurai Sword.

When she sat down to write The Chronicles of King Rolen’s Kin, she set out to write the kind of book that you look forward to after a tough week at work, the kind of book that carries you away. KRK is published by SOLARIS. She is delighted with Clint Langley’s artwork. There is also an ebook and a fifth book. For the full timeline of the King Rolen’s Kin series see this page.

Her trilogy The Outcast Chronciles was released in 2012, with absolutely fabulous covers by Clint Langley again. It was shortlisted for the Hemming Award in 2013. This award is the exploration of race, gender, sexuality, class and disability in Australian speculative fiction.

Rowena also writes para-crime (that’s crime with a paranormal twist). Her para-crime The Price of Fame was released in 2012, from Clan Destine Press.

In 2015 Solaris republished her original trilogy in an omnibus edition, The Fall of Fair Isle.