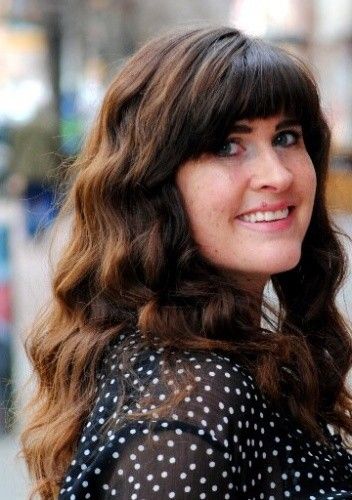 Kate has loved writing ever since she was a little girl. She wrote her first novel in fourth grade (the main character was suspiciously similar to herself). As an adult, her essays and short stories have been published in Isotope: A Journal of Literary Nature and Science Writing, Saint Ann's Review, Scissors and Spackle and in a forthcoming issue of Indiana Review. Her first play, (a man enters), co-written with Elaine Jarvik, was produced in 2011 by Salt Lake Acting Co.
​
Kate studied painting and drawing at the University of Utah and graduated with a Bachelors of Fine Arts degree in 2005. The pattern and texture in her mixed-media floral paintings are inspired by her love for textile design and the decorative influence of William Morris and the Arts and Crafts Movement. Her work is currently being published by Poems Publishing and is sold internationally. Over the years her paintings have been used in feature films and TV shows, such as Glee and 21 Jump Street.
​
Kate lives in Salt Lake City, Utah with her husband and their three children.