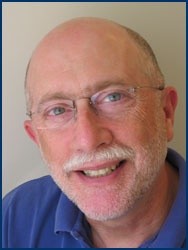 Born in Detroit, Kushner graduated Phi Beta Kappa from the University of Cincinnati, after which he went on to receive his rabbinical ordination from Hebrew Union College in Cincinnati. Kushner then went on to serve the Congregation Beth-El in Sudbury, Massachusetts for 28 years. Kushner is currently the Emanu-El Scholar-in-Residence at Congregation Emanu-El of San Francisco.

In addition, he is also an adjunct member of the faculty of the Hebrew Union College in Los Angeles, California. He previously taught spirituality and mysticism, as well as mentored rabbinic students as a visiting professor at the Hebrew Union College-Jewish Institute of Religion in New York City, New York. Kushner and his wife have 3 adult children. His daughter, Noa, is a rabbi at Congregation Rodef Sholom in San Rafael, California.