The Sin War #3: The Veiled Prophet 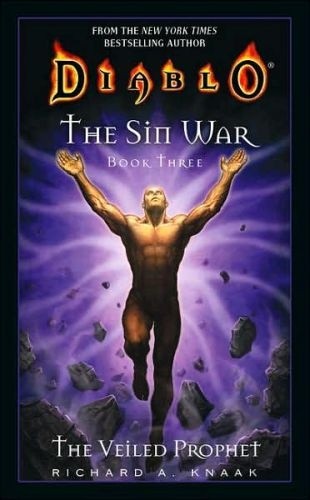 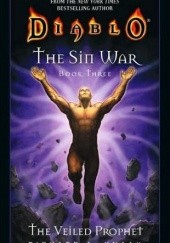 Since the beginning of time, the angelic forces of the High Heavens and the demonic hordes of the Burning Hells have been locked in the Eternal Conflict for the fate of all Creation. That struggle has now spilled over into Sanctuary -- the world of men. Determined to win mankind over to their respective causes, the forces of good and evil wage a secret war for mortal souls. This is the tale of the Sin War -- the conflict that would forever change the destiny of man.

The demon-backed Triune has fallen. All that now stands in Uldyssian's path to freeing humanity is the Cathedral of Light and its charismatic leader the Prophet. But the Prophet is actually the renegade angel Inarius, who sees the world he created as his uncontested domain. Facing a cunning foe that would just as readily see Sanctuary destroyed than let it slip from his grasp, Uldyssian is blind to the others who would possess his world. Both the Burning Hells and the High Heavens now know of Sanctuary...and their warring hosts of demons and angels will stop at nothing to claim it.