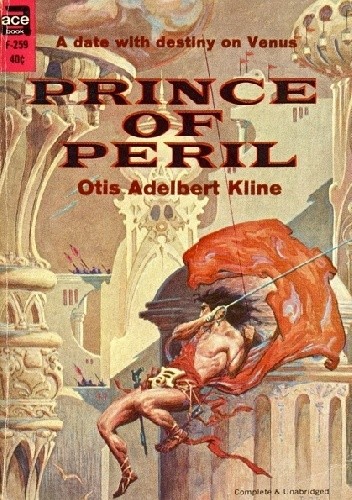 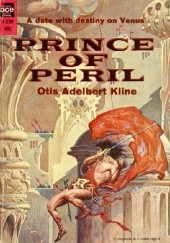 When the man who was Harry Thorne on Earth offered to swap bodies with a native of Venus, it was because he was bored with comfort and security, and craved excitement. And that was what he got - more than he would have bargained for - when he found that he had taken over the assassin-haunted role of a prince of a beleaguered throne in a land of ferocious beasts and inhuman foemen.
Otis Adelbert Kline, whose work is often compared to that of Edgar Rice Burroughs, has created in PRINCE OF PERIL another interplanetary adventure to stand alongside his fast-selling PLANET OF PERIL and THE SWORDSMAN OF MARS.