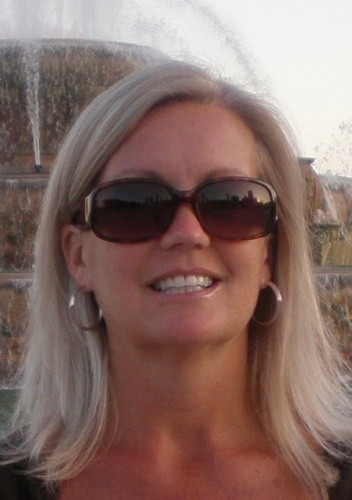 I’d like to say I was always a writer. I’d also like to say that I wrote every day of my life since a child. That I took the teaching advice I give my former students because writing every day improves your writing. I’d like to say I have my ten-thousand hours that makes me a proficient writer. But I can’t say any of those things. I did dream of writing the “Great American Novel” until one day a friend said: Why does it have to be great? Why can’t it just be good and tell a story?

As a teenager, I wrote your typical love-angst poetry that did occasionally win me an award and honor me with addressing my senior high school class at our Baccalaureate Mass. I didn’t keep a journal because I was too afraid my mom would find it in the mattress where I kept my copy of Judy Blume’s Forever that I wasn’t allowed to read as a twelve year old.

I can say that books have been my life. I’m a reader. I loved to read the day I discovered “The Three Bears” as a first grader, and ever since then, the written word has been my friend. Books were an escape for me. An adventure to the unknown. A love affair I’d never know. I could be lost for hours in a book.

So why writing now? I had a story to tell. It haunted me from the moment I decided if I just wrote it down it would go away. But it didn’t. Three years after writing the first draft, a sign (yes, I believe in them) told me to fix up that draft and work the process to have it published. That’s what I did. But one story let to another, and another, and another. Then a new idea came into my head and a new storyline was created.

I was accused (that’s the correct word) of having an overactive imagination as a child, as if that was a bad thing. I’ve also been accused of having the personality of a Jack Russell terrier, full of energy, unable to relax, and always one step ahead. What can I say other than I have stories to tell and I think you’ll like them. If you don’t, that’s okay. We all have our book boyfriends. We all have our favorites. Whatever you do, though, take time for yourself and read a book.