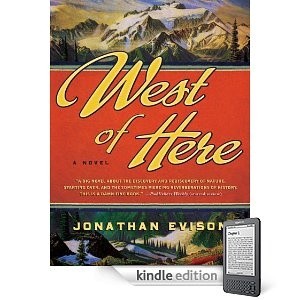 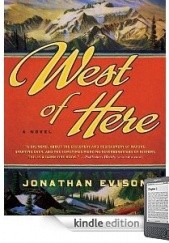 A century after the late–19th-century settlers of Olympic Peninsula to the west of Seattle set out to build a dam, their descendants want to demolish it to bring back fish runs, providing one of the many plots in this satisfyingly meaty work from Evison (All About Lulu). The scenes of the early settlers track an expedition into the Olympic wilderness and the evolving relations between settlers and the Klallam tribe, provide insights into early feminism, and outline an entrepreneur's dream to build the all-important dam. By comparison, the contemporary stories are chock-full of modern woe and malaise, including a Bigfoot watcher and seafood plant worker who wishes to relive his glory days as a high school basketball star; an ex-convict who sets out into the wilderness to live off the land; and an environmental scientist who is hit with an unexpected development. Evison does a terrific job at creating a sense of place as he skips back and forth across the century, cutting between short chapters to sustain a propulsive momentum while juggling a sprawling network of plots and a massive cast of characters real enough to walk off the page. A big novel about the discovery and rediscovery of nature, starting over, and the sometimes piercing reverberations of history, this is a damn fine book.