The Case For God. What Religion Really Means 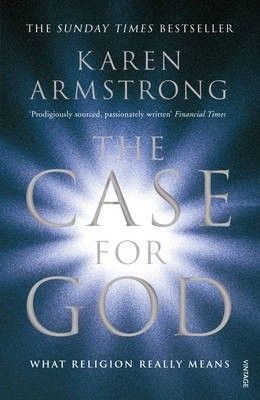 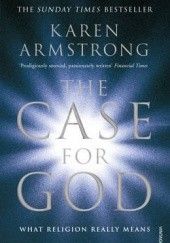 There is a widespread confusion about the nature of religious truth. For the first time in history, a significantly large number of people want nothing to do with God. Militant atheists preach a gospel of godlessness and find an eager audience. What has happened?
Tracing the history of faith from the Palaeolithic Age to the present, Karen Armstrong shows that the meaning of words such as 'belief', 'faith', and 'mystery' has been entirely altered, so that atheists and theists alike now think and speak about God and reason in a way that our ancestors would have found astonishing.
Does God have a future? Karen Armstrong examines how we can build a faith that speaks to the needs of our troubled and dangerously polarised world.

'A journey through religion that helps us to rescue what remains wise from that which to many in Britain today no longer seems true... Armstrong is one of the handful of wise and supremely intelligent commentators on religion' Alain de Botton, Observer

'A tour de force of learning... it knocks Dawkins and Hitchens into an intellectual cocked hat... Armstrong rejoices in the unknowableness of life and searches, logically enough, for meaning therein' Sunday Herald

'It isn't an easy read - why should it be? - but she is wonderfully clear and insightful - and not out to convert anyone' Daily Mail

'This is stunned appreciation of an 'otherness' beyond the reach of language, and which, for Armstrong, constitutes the heart of every religion' New Statesman