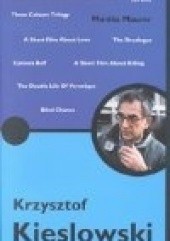 Krzysztof Kieslowski was a self-confessed pessimist who didn't like films, thought the camera was "stupid" and felt he had no talent. But his rise from relative obscurity to being recognised as one of Europe's most gifted film-makers was meteoric. Within a decade he had composed more than 1200 minutes of screen time and completed The Decalogue, his series of ten hour-long contemporary interpretaions of the Ten Commandments, as well as his celebrated Three Colours trilogy.
Then, at the height of his creative powers, Kieslowski announced that he would prefer to retire and sit quietly in a room by himself and smoke. Two years later he was dead.
This is a book to cherish. The writing is concise and informative: the structure is clear and helpful. A guide like this would be a bargain at ten times the price. As it is, anyone with even a passing interest in Kieslowski should have this on their shelves.

Ocena 6,0
How Should One... Virginia Woolf