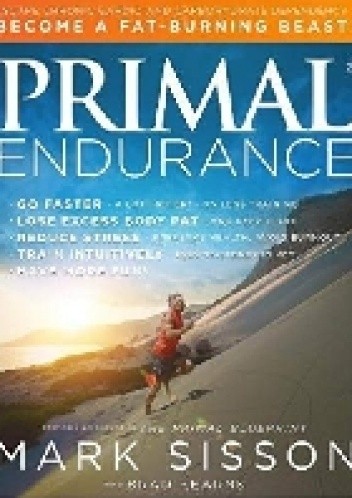 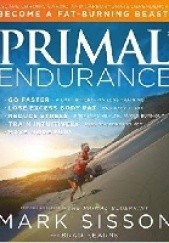 Primal Endurance shakes up the status quo and challenges the overly stressful, ineffective conventional approach to endurance training. While marathons and triathlons are wildly popular and bring much gratification and camaraderie to the participants, the majority of athletes are too slow, continually tired, and carry too much body fat respective to the time they devote to training. The prevailing “chronic cardio” approach promotes carbohydrate dependency, overly stressful lifestyle patterns, and ultimately burnout.

Mark Sisson, author of the 2009 bestseller, The Primal Blueprint, and de-facto leader of the primal/paleo lifestyle movement, expertly applies primal lifestyle principles to the unique challenge of endurance training and racing. Unlike the many instant and self-anointed experts who have descended upon the endurance scene in recent years, Sisson and his co-author/business partner Brad Kearns boast a rich history in endurance sports. Sisson has a 2:18 marathon and 4th place Hawaii Ironman finish to his credit, has spearheaded triathlon’s global anti-doping program for the International Triathlon Union, and has coached/advised leading professional athletes, including Olympic triathlon gold and silver medalist Simon Whitfield and Tour de France cyclist Dave Zabriskie. Under Sisson’s guidance, Kearns won multiple national championships in duathlon and triathlon, and rose to a #3 world triathlon ranking in 1991.

Primal Endurance applies an all-encompassing approach to endurance training that includes primal-aligned eating to escape carbohydrate dependency and enhance fat metabolism, building an aerobic base with comfortably paced workouts, strategically introducing high intensity strength and sprint workouts, emphasizing rest, recovery, and an annual periodization, and finally cultivating an intuitive approach to training instead of the usual robotic approach of fixed weekly workout schedules. When you “go Primal” as an endurance athlete, you can expect to enjoy these and other benefits in short order:

Easily reduce excess body fat and keep it off permanently, even during periods of reduced training
Perform better by reprogramming your genes to burn fat and spare glycogen during sustained endurance efforts
Avoid overtraining, burnout, illness, and injury by improving your balance of stress and rest, both in training and everyday life
Spend fewer total hours training and get more return on investment with periodized and purposeful workout patterns
Have more fun, be more spontaneous, and break free from the pull of the obsessive/compulsive mindset that is common among highly motivated, goal-oriented endurance athletes
Have more energy and better focus during daily life instead of suffering from the “active couch potato syndrome,” with cumulative fatigue from incessant heavy training makes you lazy and sluggish

Primal Endurance is about slowing down, balancing out, chilling out, and having more fun with your endurance pursuits. It’s about building your health through sensible training patterns, instead of destroying your health through chronic training patterns. While it might be hard to believe at first glance, you can actually get faster by backing off from the overly aggressive and overly regimented “Type-A” training approach that prevails in today’s endurance community. Primal Endurance will show you how, every step of the way.