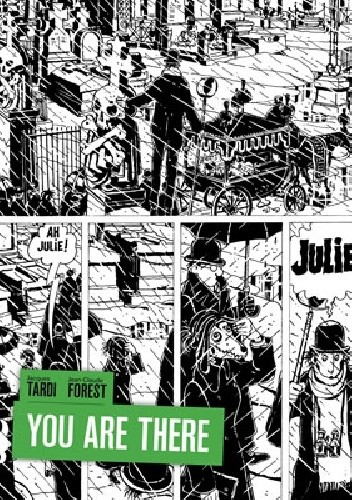 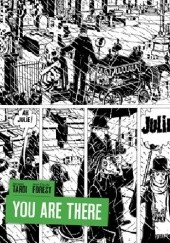 One of the earliest full-length, standalone graphic novels to be published in Europe, and certainly one of the best and most original, Ici Même was serialized in the adult French comics monthly (A suivre) in the early 1980s and then released in book form. A quarter of a century later, this dark, funny, consistently surprising masterpiece has finally been translated into English.

An unexpected yet smoothly confident collaboration between the darkly cynical Jacques Tardi and the playful fantasist Jean-Claude Forest (of Barbarella fame), You Are There is set on a small island off the coast of France, where unscrupulous landowners have succeeded in overtaking the land from the last heir of a previously wealthy family. That heir, whose domain, in a Beckettian twist, is now reduced to the walls that border these patches of land he used to own, prowls the walls all day, eking out a living by collecting tolls at each gate.

His seemingly hopeless struggle to recover his birthright becomes complicated as the government sees a way of using his plight for the sake of political expediency, and the romantic intervention of the daughter of one of the landowners (who has her own sordid history with the politician) engenders further difficulties, culminating in an apocalyptic, hallucinatory finale.

Set in Tardi’s preferred early 20th century milieu, You Are There is drawn in his crisp 1980s neo-“clear line” style, gorgeously detailed, elegantly stylized, with impossibly deep slabs of black: You Are There is a feast for both the eyes and the brain.

NOTE: Because of our contract with the licensor this book cannot be sold to customers in the United Kingdom. If you reside within the UK please do not try to order it from our website; your order will not be processed.

Dodaj cytat z książki You are There