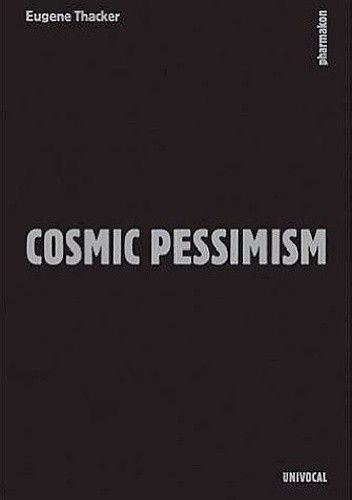 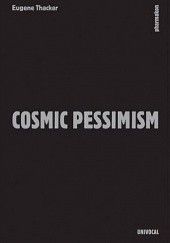 “We’re doomed.” So begins the work of the philosopher whose unabashed and aphoristic indictments of the human condition have been cropping up recently in popular culture. Today we find ourselves in an increasingly inhospitable world that is, at the same time, starkly indifferent to our species-specific hopes, desires, and disappointments. In the Anthropocene, pessimism is felt everywhere but rarely given its proper place. Though pessimism may be, as Eugene Thacker says, the lowest form of philosophy, it may also contain an enigma central to understanding the horizon of the human. Written in a series of fragments, aphorisms, and prose poems, Thacker’s Cosmic Pessimism explores the varieties of pessimism and its often-conflicted relation to philosophy. “Crying, laughing, sleeping—what other responses are adequate to a life that is so indifferent?”

Pessimism is the last refuge of hope.

Pessimism is the last refuge of hope.