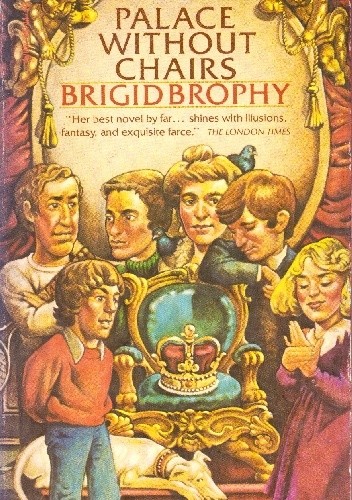 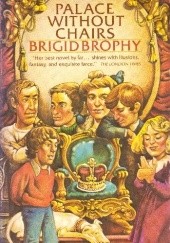 A fantasy about a mythical modern kingdom- replete with spies, assassins, communists, a dying king, a vegetarian queen, and a princess who numbers her lovers, chiefly female, in the thousands—PALACE WITHOUT CHAIRS is Brigid Brophy's storytelling magic in full force: tragic, comic, absurd, and entirely true.

"Her best novel by far ... shines with illusions, fantasy, and exquisite farce." --The London Times

"Brophy has crossed medieval romance with modern political satire to produce a work that is a fulsome feast for the senses as well as for the intellect." --Houston Chronicle

"Welcome to the strangely modern storybook kingdom of Evarchia, where the king lies a-dying while the queen feeds her pigeons, murmurs Greek verbs, and dreams of an idyllic England she's never seen. Where the royal youngsters complain in vain about the severe chair shortage and contemplate the fretful prospect of inheriting the throne. Where the major national crisis—until the assassination of Archduke Sempronious kicks off a flurry of royal fatalities—is the union slowdown that's preventing the opening of Norma at the Royal Opera. Welcome, in other words, to another of Brigid Brophy's 'baroque' fictions . . . one of her most appealing entertainments." --Saturday Review

"A royal romp reminiscent of THE ABBESS OF CREWE and KIND HEARTS AND CORONETS." --Kirkus Reviews

"Inspired hilarity... The novel, with its 'down the rabbit hole' quality could almost have been written by Lewis Carroll." --The Detroit News

"A sharp, witty, hilarious, bittersweet look at selfenchantment and the world it creates." --Publishers Weekly

Ocena 8,3
Kingdom of the... Kerri Maniscalco