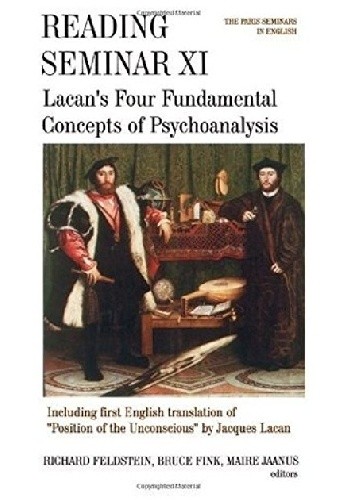 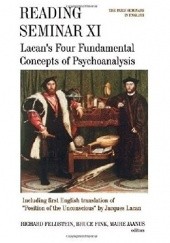 This book provides the first truly sustained commentary to appear in either French or English on Lacan's most important seminar, The Four Fundamental Concepts of Psychoanalysis. The 16 contributors unpack Lacan's notoriously difficult work in simple terms, and supply elegant illustrations from a variety of fields: psychoanalytic treatment, film, literature, art, and so on. Each of Lacan's fundamental concepts--the unconscious, transference, drive, and repetition--is discussed in detail, and related to other important notions such as object a cause of desire, the gaze, the Name-of-the-Father, the subject, and the Other. This volume also includes a translation of Lacan's companion piece to Seminar XI, "Position of the Unconscious" (an article from the French edition of the Ecrits that has never before appeared in English), by one of the foremost translators of Lacan's work, Bruce Fink. As an indication of the important of this article, Lacan considered it to be the sequel to his "Function and Field of Speech and Language in Psychoanalysis," arguably his most important paper in the 1950s.

The contributors include many of the best minds in the Lacanian psychoanalytic world in Paris today. Chapters include "Excommunication: Context and Concepts" by Jacques-Alain Miller, "The Subject and the Other I and II" by Colette Soler, "Alienation and Separation I and II" by Eric Laurent, "Science and Psychoanalysis" by Bruce Fink, "The Name-of-the-Father" by Francois Regnault, "Transference as Deception" by Pierre-Gilles Gueguen, "The Drive I and II" by Marie-Hele`ne Brousse, "The Demontage of the Drive" by Maire Jaanus, "The Gaze as an Object" by Antonio Quinet, "The Phallic Gaze of Wonderland" by Richard Feldstein, "The 'Evil Eye' of Painting: Jacques Lacan and Witold Gombrowicz on the Gaze" by Hanjo Berressem, "Art and the Position of the Analyst" by Robert Samuels, "The Relation between Voice and the Gaze" by Ellie Ragland, "The Lamella of David Lynch" by Slavoj Zizek, "The Real Cause of Repetition" by Bruce Fink, "Introductory Talk at Sainte-Anne Hospital" by Jacques-Alain Miller, and "The End of Analysis I and II" by Anne Dunand.