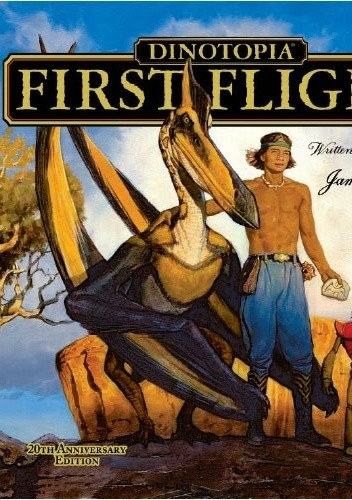 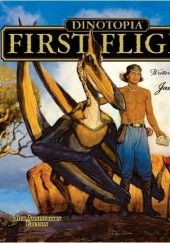 This lavishly produced volume begins with an unabridged republication of Gurney’s influential 1999 story about the adventures of Gideon Altaire. Gideon escapes from his post as a drone pilot, befriends a small band of animal characters, and becomes the first human to fly on the back of a giant pterosaur known as a skybax. Together they challenge a bold attempt by the rogue leaders of Poseidos to overturn the tenuous balance between humans and dinosaurs.

The second half of the book includes a bonus of over 45 new images, including never-before-published storyboards, concept sketches, and production paintings— plus new characters, stories, and backstory notes from James Gurney’s creative archives. The supplement begins with a cinematic treatment about a character named Blake Terrapin, who leads the resistance on the ground while Gideon takes to the air.

Together, the elements of this richly imagined volume combine to conjure a complete world, and will serve as an exciting companion volume to Gurney’s other Dinotopia books.