Divine Right - The Adventures of Max Faraday #12: Hail and Fairwell 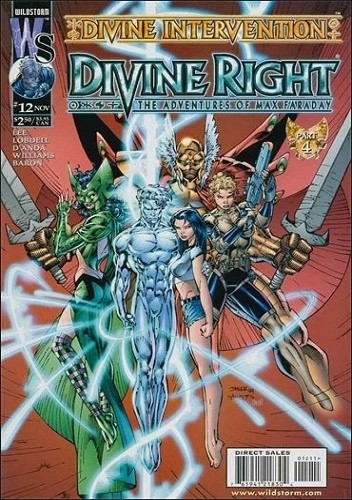 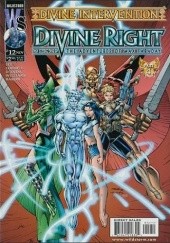 The memory of Operation: Divine Right and International Operations (I.O.) agent Christie Blaze has come back to haunt John Lynch, former director of I.O. Nary a week ago, Blaze stole the only copy of the coveted Creation Equation, and just moments before being murdered, inadvertently sent it via the internet to unsuspecting slacker pizza boy Max Faraday. A resurrected Blaze has joined forces with The Fallen - a trio of warriors sworn to protect the Creation Equation from the forces of evil. Their sole purpose is to keep Max and his newfound power safe from the clutches of Cardinal Lazarus and his lap dogs - The Rath and the Bloodhounds.

Unfortunately, with the help of the Coda assassin Cassandra, the evil forces abducted Susanna - Max's love interest and the missing link to the all-powerful formula which he possesses. Desperately searching for Susanna, Max and his allies travel to an alternate world - the Hollow Realm - in pursuit. After narrowly escaping the dreadful Lord Acheron and evil demons around every bend, Max finally finds Susanna. For one brief moment, Max lets his guard down, and the evil Cardinal Lazarus makes his move. Without hesitation, Max unleashes all of his power on Lazarus, destroying everything evil... but at what cost? Has Max gone too far?? I.O., Blaze, Lynch, and The Fallen have begun to suspect that he has... but can they stop him before it's too late?