The Hand of Kahless 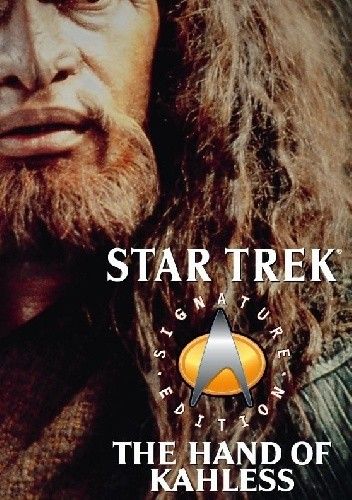 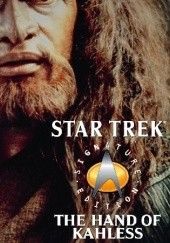 The fiercest battles and proudest warriors throughout Klingon history are said to reflect the honor and glory of the race's first emperor, Kahless the Unforgettable. But history is not always truthful. And for both the Klingon Empire and the United Federation of Planets, the real truth may be too difficult to accept.
In the pages of a novel disclaimed by Starfleet, an enemy offers his perspective on events that transpired during the formative years of Klingon-Federation relations in the early twenty-third century. Chronicling the life story of Krenn, a Klingon war strategist who learns of peace while on a mission to Earth, the novel is a testimony to his efforts to preserve the honor of his people...by preventing total war against the then-struggling Federation.
Nearly a century later, a clone of the revered Kahless oversees the Klingon Empire. But when the myths and legends associated with the original emperor are disputed following the discovery of an ancient scroll, the new Kahless faces treason from within his own council, and impending civil war that could tear the empire apart. His sole chance for restoring his people's shattered faith must come from the outside -- specifically, from Captain Jean-Luc Picard and Lieutenant Worf of the U.S.S. Enterprise.