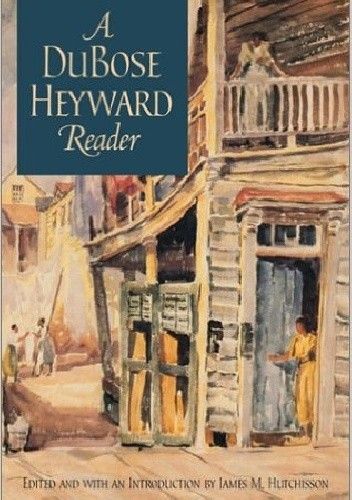 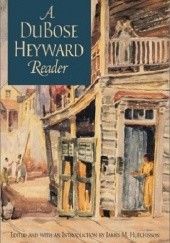 A rich sampling of fiction, poetry, and essays by a writer who helped propel the South to our nation

DuBose Heyward (1885-1940) was a central figure in both the Charleston and the Southern Renaissance. His influence extended to the Harlem Renaissance as well. However, Heyward is often remembered simply as the author of Porgy, the 1925 novel about the poorest black residents of Charleston, South Carolina. Porgy--the novel and its stage versions--has probably done more to shape views worldwide of African American life in the South than any twentieth-century work besides Gone with the Wind. This volume acquaints readers with writings by Heyward that have been overshadowed by Porgy, and it also plumbs the complex sensibilities of the man behind that popular and enduring creation.

James M. Hutchisson's introduction relates aspects of Heyward's life to his creative growth and his gradual shift from staunch social conservatism to a liberal (though never revolutionary) advocacy of black rights. The reader collects ten essays by Heyward on topics ranging from an aesthetics of African American art to the history of Charleston. Heyward's poetry is represented by eighteen pieces from the collections Carolina Chansons, Skylines and Horizons, and Jasbo Brown and Selected Poems. Also included are three song lyrics Heyward wrote for the opera Porgy and Bess. The sampling of Heyward's fiction includes the stories "The Brute" and The Half Pint Flask and excerpts from the novels Porgy, Mamba's Daughters, and Peter Ashley.

Here is an ideal introduction to a figure whose inner conflicts were closely tied to those of his beloved South: struggles between privilege and poverty, black and white, and art for the few versus art for the masses.

Edited and with an Introduction by James M. Hutchisson

James M. Hutchisson is a professor of English at The Citadel. His books include DuBose Heyward: A Charleston Gentleman and the World of Porgy and Bess and The Rise of Sinclair Lewis, 1920-1930.

"Poetry South" (with Hervey Allen)
Preface to Carolina Chansons (with Hervey Allen)
"And Once Again-the Negro"
Foreword to the Year Book of the Poetry Society of South Carolina (1923)
"The New Note in Southern Literature"
"The American Negro in Art"
"The Negro in the Low-Country"
"Porgy and Bess Return on Wings of Song"
"Dock Street Theatre"
"Charleston: Where Mellow Past and Present Meet"

FROM Porgy
Catfish Row and the Murder of Robbins
Porgy, Bess, and Sportin' Life
The Hurricane
Porgy's Heroism and His Loss

FROM Mamba's Daughters: A Novel of Charleston
Hagar and Bluton
Lissa and the Black Elite
Lissa's Triumph

Ocena 6,0
How Should One... Virginia Woolf