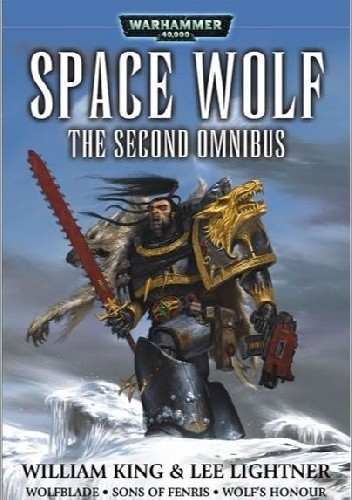 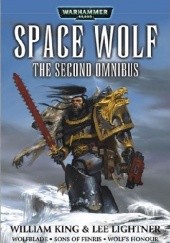 Wolfblade
The ancient Navigator House of Belisarius has long been bound to the mighty Space Wolves as allies. In return for the means to navigate the treacherous warp, the Space Wolves provide an honour guard of elite warriors – the Wolfblade – to protect the House. When Ragnar takes up his duties on ancient Terra he soon becomes embroiled in an assassination plot that reaches into the very depths of Imperium!

Sons of Fenris
Ragnar Blackmane is a legend within the hallowed ranks of the Space Wolves – his exploits are legendary and his courage is limitless. When Ragnar is sent to investigate reports of Chaos attacks on the planet Hyades, he encounters his Chapter’s most bitter rivals – the Dark Angels Space Marines. As old feuds come to the fore, both sides call in reinforcements and the situation quickly escalates out of control. Can these two ancient rivals call a truce and work together or will the savage forces of Chaos exploit the infighting and complete their nefarious plans?

Wolf's Honour
Following events described in Sons of Fenris, the Space Wolves find themselves under attack from all sides by the Thousand Sons Chaos Space marines. In a last–ditch attempt to stop their ancient enemy, Ragnar and his battle–brothers launch a lightning strike on the Thousand Sons’ base. Will the Space Wolves triumph, and can Ragnar retrieve the Spear of Russ from his nemesis, the Chaos Space Marine Madox?