Farewell Espana: The World of the Sephardim Remembered 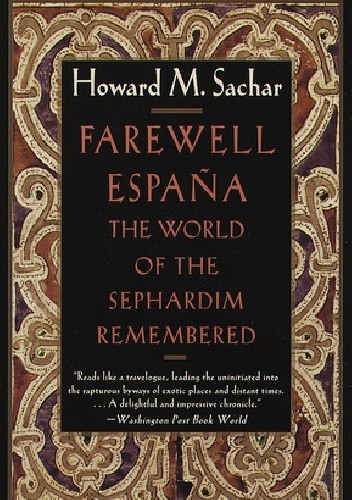 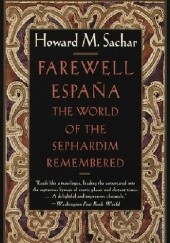 In 1492, on the eve of Columbus's voyage, the last professing Jews in Spain were driven from the lands where they had known tolerance during seven centuries of Islamic rule. Those Sephardim who remained could not only do so as New Christians. Those who left became the seed of Jewish civilizations that would spring up as far away as Morocco and the Netherlands, Ottoman Turkey and colonial Brazil.
In Farewell Espana one of our most distinguished Jewish historian follows the Sephardic diaspora in its passage across the Old and New Worlds and from the golden age of convivencia to the Holocaust. Howard M. Sachar weaves together the narratives of merchants and mystics, physicians (Moses Maimonides) and philosophers (Baruch Spinoza), a British prime minister (Benjamin Disraeli) and a false Messiah. The result is a major work of Jewish history, formidable in its scholarship and filled with bravura sorytelling.