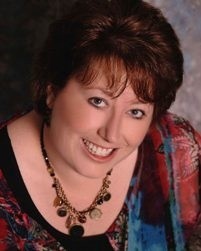 Robin Kaye was born in Brooklyn, New York, and grew up in the shadow of the Brooklyn Bridge next door to her Sicilian grandparents.

Living with an extended family that's a cross between Gilligan's Island and The Sopranos, minus the desert isle and illegal activities, explains both her comedic timing and the cast of quirky characters in her books.

She's lived in half a dozen states from Idaho to Florida, but the romance of Brooklyn has never left her heart.

She currently resides in Maryland with her husband, three children, two dogs, and a three-legged cat with attitude.