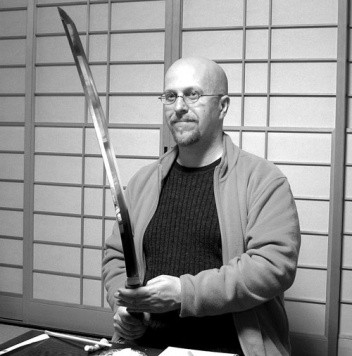 Christopher Ross travelled to Japan in 1991 and ended up staying for nearly five years. Here he studied Japanese language and contemporary literature, and took up aikido. He also worked as an English teacher, model and television actor, appearing in numerous commercials and in a popular Japanese historical soap opera.
Ross is the author of Tunnel Visions (2002), a bestseller, and Mishima's Sword: Travels in Search of a Samurai Legend (2005). Christopher Ross is now a full-time author and lives in Paris.