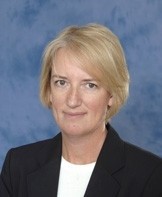 Yvonne Jewkes, (BA Hons), MA (Leicester), PhD (Cantab.) was appointed Professor of Criminology in November 2007. Prior to this she was Reader in Criminology at the Open University. Her research interests lie in two broad areas. First, she is interested in the intersections between crime, media and culture. Most recently this has involved researching the role of popular news media discourses as sites of social inclusion and exclusion, but past research has embraced cultural criminology, cybercrime and cyber-deviance, and the problems associated with policing the internet. Yvonne is Founding Editor (with Chris Greer and Jeff Ferrell) of Crime, Media, Culture: An International Journal and is also on the Editorial Board of the British Journal of Criminology. Her other main area of interest and expertise is prisons and the sociology of imprisonment, especially prison culture, inmate social networks and flows of power in prisons. Recent publications include three books on imprisonment - Handbook on Prisons (2007, Willan), Dictionary of Prisons and Punishment, with Jamie Bennett (Willan, 2008) and Prison Readings, with Helen Johnston (Willan, 2006).