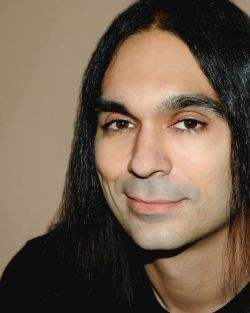 Konstantinos is a recognized expert on occult, new age, and paranormal topics. He has a bachelor's degree in journalism and technical writing from New York Polytechnic Institute. He is a published author of articles and short fiction which have been featured in numerous publications including Popular Electronics, The Spook, and FATE Magazine. Konstantinos is a popular lecturer on the paranormal at colleges and bookstores in the New York City area and he has appeared on CNBC's After Hours and The Ricki Lake Show.

A Dark Neopagan, Konstantinos has been researching the occult and practicing magick for over fifteen years. Born and raised in Long Island, New York, Konstantinos now devotes his time to writing, singing Gothic rock music, and exploring nocturnal life in New York City and around the country.

Konstantinos is also the author of Vampires: The Occult Truth, Summoning Spirits: The Art of Magical Evocation, Speak with the Dead: 7 Methods for Spirit Communication, Gothic Grimoire, Nocturnal Witchcraft, Nocturnicon: Calling Dark Forces and Powers, and the forthcoming Werewolves: The Occult Truth (September 2010).