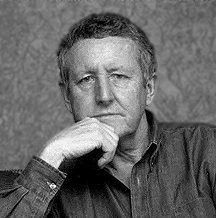 Lyall Watson (April 12, 1939 - June 25, 2008) was a South African botanist, zoologist, biologist, anthropologist, ethologist, and author of many new age books, among the most popular of which is the best seller Supernature. Lyall Watson tried to make sense of natural and supernatural phenomena in biological terms. He is credited with the first published use of the term "hundredth monkey" in his 1979 book, Lifetide. It is a hypothesis that aroused both interest and ire in the scientific community and continues to be a topic of discussion over a quarter century later.

He was born in Johannesburg as Malcolm Lyall-Watson. He had an early fascination for nature in the surrounding bush, learning from Zulu and !Kung bushmen. Watson attended boarding school at Rondebosch Boys' High School in Cape Town, completing his studies in 1955. He enrolled at Witwatersrand University in 1956, where he earned degrees in botany and zoology, before securing an apprenticeship in palaentology under Raymond Dart, leading on to anthropological studies in Germany and the Netherlands. Later he earned degrees in geology, chemistry, marine biology, ecology and anthropology. He completed a doctorate of ethology at the University of London, under Desmond Morris. He also worked at the BBC writing and producing nature documentaries.

Around this time he shortened his name to Lyall Watson. He served as director of the Johannesburg Zoo, an expedition leader to various locales, and Seychelles commissioner for the International Whaling Commission.

In the late 1980s he presented Channel 4's coverage of sumo tournaments.

He was married three times. His first two marriages ended in divorce, and his third wife died in 2003. He was the eldest of three brothers, one of whom (Andrew) lived in Gympie, Queensland, Australia. It was while visiting Andrew that he died on 25 June 2008.[1][2][3]