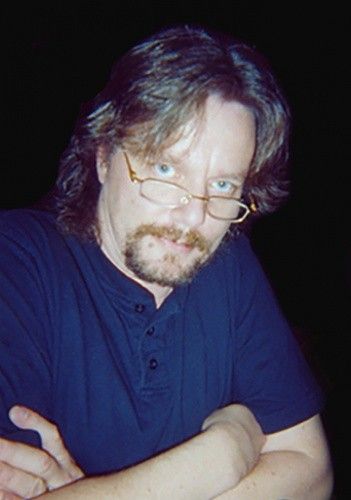 My name is Wes Penre and I am a researcher and a writer. My main research since 1998 has been focused on exposing the Global Elite (the Powers That Be, who are pulling the strings on mankind from behind the scenes), in combination with humanity's spiritual journey into the future.

In 1998 I posted my first website, Illuminati News, on the Internet and it is still up and running. It's a giant database where I expose the Global Elite (also called the PTB [Powers That Be] and the "Illuminati") and their plans to gain total control over mankind. I also on the Illuminati News website, to a smaller extent, explain that there are interdimensional star beings who pull the strings on the Illuminati as well. So there is a strict hierarchy in this control system, which extends to outside our planet and even into other dimensions. Therefore, in reality, the super rich families on this planet, who we may think are in charge because of their incredible wealth and hunger for power are merely puppets themselves in a much larger game, which is played out in other dimensions by beings living in the, for us invisible electromagnetic spectra.

Illuminati News grew so big, and became so popular that I decided to stop updating it; basically it had grown too big. Instead I posted all updates from 2009 up until today on a blog I created, which I decided to call Wes Penre Productions--the Blog.

WesPenre.com, which from 2011 to 2015 has been my main website, is diving into the details of the creation of our Universe/Multiverse; how and where life on Planet Earth started; the genetic manipulation of mankind, which made Homo sapiens sapiens come into existence; the War of the "gods" here on Earth and elsewhere in the Universe; much more on who are pulling the strings on the Global Elite; the upcoming difficulties and challenges we are meeting; and finally, how to deal with our situation in order to experience a peaceful and happy living in the New Era, which started around 2013.

Important to understand is that this is my journey and everything in here is according to my research, and/or my own experiences and conclusions. Your journey may be slightly, or entirely different from mine, which means that I am not looking for "followers", and I have no wish to be a "guru" or authority on any subject. Those who have read my work from earlier years can easily see how my path has developed to the point where I am today. Hopefully, I will continue growing spiritually so that I am somewhere totally different in a few years from now; in a whole new level of reality.

In other words, it is perfectly fine to disagree with my conclusions and soulutions if they don't match with your own view on reality. My hope is that I can inspire you to continue your own research and journey into the future by perhaps take some of my material to heart and use as a springboard towards your own increased understanding of the Universe/Multiverse/Omniverse. I see myself as a teacher and a student at the same time, and I am a teacher only in the sense that I teach what I have learned and taken to heart up to the day of my last writing. Life is an infinite journey and a never-ending learning lesson.

Synthetic Super Intelligence And The Transmutation Of Humankind. A Roadmap To The Singularity And Beyond
Wes Penre
Średnia ocen:
8,0 / 10
1 ocen
Czytelnicy: 2 Opinie: 0
+ Dodaj na półkę