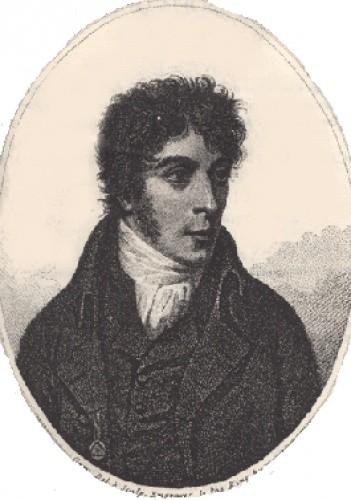 Francis Barrett (born probably in London around 1770–1780) was an English occultist.

Barrett, an Englishman, claimed himself to be a student of chemistry, metaphysics and natural occult philosophy. He was known to be an extreme eccentric who gave lessons in the magical arts in his apartment and fastidiously translated Kabbalistic and other ancient texts into English. According to his biographer Francis X. King, Barrett's parents were humble folk married in the parish of St. Martin's in the Fields on September 29, 1772.

Barrett was enthusiastic about reviving interest in the occult arts, and published a magical textbook called The Magus. It was a compilation, almost entirely consisting of selections from Cornelius Agrippa's Three Books of Occult Philosophy, the Fourth Book of Occult Philosophy attributed to Agrippa, and Robert Turner's 1655 translation of the Heptameron of Peter of Abano. Barrett made modifications and modernized spelling and syntax. Possibly influencing the novelist Edward Bulwer-Lytton, the book gained little notice other until it influenced Eliphas Levi.

The Magus dealt with the natural magic of herbs and stones, magnetism, talismanic magic, alchemy, numerology, the elements, and biographies of famous adepts from history.

The Magus also served as an advertising tool. In it Barrett sought interested people wanting to help form his magic circle. An advertisement in The Magus (Vol. 2, p. 140) refers to an otherwise unknown school founded by Barrett.

When writing about witches Barrett stated that he did not believe that their power to torment or kill by enchantment, touch or by using a wax effigy came from Satan. He claimed if the Devil wanted to kill a man guilty of deadly sin, he did not need a witch as an intermediary.

Barrett's belief in magical power might be summed up this way:

The magical power is in the inward or inner man. A certain proportion of the inner man longs for the external in all things. When the person is in the appropriate disposition an appropriate connection between man and object can be attained.