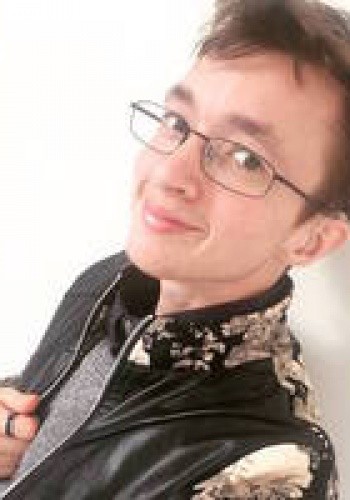 E. Davies was proficient in real estate ad shorthand (the old-fashioned newspaper kind) by the age of nine. Growing up moving constantly taught him what people have in common, the ways relationships are formed, and the dangers of “miscellaneous” boxes.

As a teen, he tore through a stack of found romance novels, wishing someone had written similar for M/M, though he could never find anything at Chapters or the library. Just after graduating university in 2013, semi-out and clutching his English B.A. for dear life, he stumbled on an Amazon M/M short story. It was a whole new... phrase he dares not repeat for fear of lawyers. It shone and shimmered splendidly, though.

After failing forty times to avoid crafting happily-ever-after endings for steamy short stories, he plunged into romance novels and hasn't looked back. As a young gay author whose formative gay fictional role models were characters punished for their sexuality, Ed prefers his stories lightly dramatic, full of optimism and hope.

Now out and proud, he writes full-time, goes on long nature walks, tries to fill his passport, drinks piña coladas on the beach, flees from cute guys, coos over fuzzy animals (especially bees), and is liable to tilt his head and click his tongue if you don't use your turn signal.