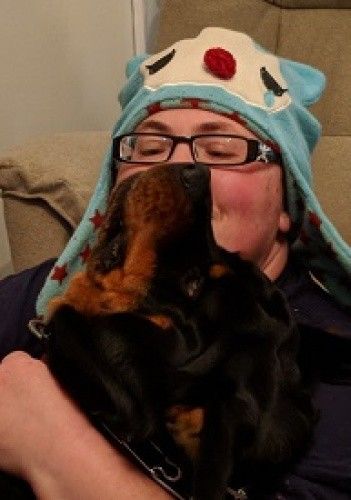 Adrienne Wilder (trans-male – he/him) is an author of gay contemporary and speculative fiction and an artist of all things monster. He was born and bred in GA and moved to NC in 2013 where he lives with his partner, multiple dogs (one has atomic farts), cats (one of those also atomic farts), and lots of corals (although not known, statistics suggest that at least one of them probably—you guessed it—atomic farts)

He lives to create new worlds and the people in them. Several of his books have been best sellers both nationally and internationally.

He writes original stories with powerful characters and emotion as well as a fast-paced plot. His goal isn't just to deliver a good story but to take the reader into the story and let them experience the characters as if they are right there with them.

While his books have a strong romantic element, some are not traditional romances. In fact, he'd like to think there is nothing traditional about them. And the stories he paints are done outside the lines of traditional genres.

One of his favorite things is to push the boundaries of what makes a story and delivering the unexpected and maybe even change the perspective of the reader. His characters are more often than not, beautifully flawed, not always the good guy, and make mistakes. Their stories will take dark turns which, in the end, make the light at the end of the tunnel all the brighter.

If you're looking for something different, exciting, and unique, his books are for you.