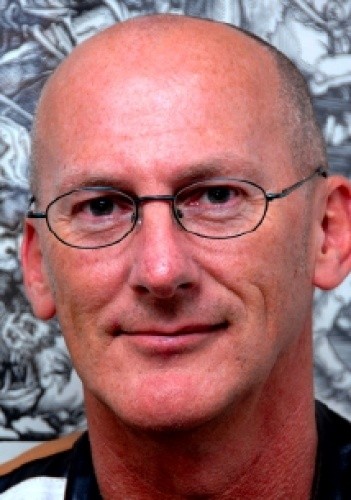 Mick Broderick is Associate Professor and Research Coordinator in the School of Media, Communication & Culture at Murdoch University, where he is Deputy Director of the National Academy of Screen & Sound (NASS). He has held elected positions on the national management committees of the ARC's Cultural Research Network (CRN) in 2004-06 and the Australian Screen Production Educators Research Association (ASPERA) in 2006-07 and 2009-11. Broderick's scholarly writing has been translated into French, Italian and Japanese, and his major publications include editions of the reference work Nuclear Movies (1988, 1991) and, as editor, Hibakusha Cinema (1996, 1999). Recent co-edited collections include Interrogating Trauma (2010) and Trauma, Media, Art: New Perspectives (2010). In 2008 he co-convened the international conference, art exhibition and film program 'Interrogating Trauma: Arts & Media Responses to Collective Suffering'. Broderick has held research consultancies with the Australian National Museum to audit the nation's cold war artefacts, infrastructure and atomic heritage and the UN's International Atomic Energy Agency. His 2005 curated exhibition of cold war material culture, Half Lives, was been installed at museums in Japan throughout 2009-10. He has been a screen culture assessor for ScreenWest and was invited in 2007 to the inaugural board of Revelation, Perth's International Film Festival. Broderick has twice been a peer judge for the West Australian Screen Awards (WASAs) and was invited as the sole academic representative for the 2004 Australian International Documentary Conference (AIDC). From 1991-2000 he worked within the Cultural & Industry Development Branch of the Australian Film Commission. His media research, scriptwriting and production work has won competitive grants from the Australia Council, the NSW Film & Television Office, Film Victoria, the Australian Film Commission, ABC television, Screenwest, the Victorian Ministry for the Arts and the Australian Research Council. He has been awarded international fellowships and bursaries to conduct scholarly and archival research at the US Library of Congress, the US National Archives, the University of Surrey-Roehampton, Hiroshima City University, UCLA Special Collections, the University of the Arts London and University of California Santa Barbara. He is co-founding editor of the praxis-led e-journal IM: Interactive Media, an editorial board member of ScreenWorks (UK) and was a West Australia commissioning editor for Realtime. In 2010 Broderick was a visiting Researcher in Residence at the United States Studies Centre (University or Sydney) and visiting Research Fellow at the National Film & Sound Archive (Canberra).