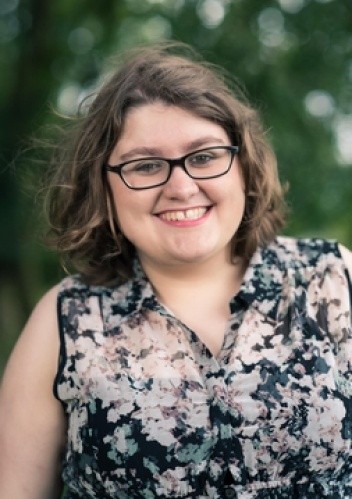 Lauren James is the twice Carnegie-nominated author of The Quiet at the End of the World, The Loneliest Girl in the Universe, The Starlight Watchmaker and The Next Together series. She sold the rights to her first novel when she was twenty-one. Lauren teaches creative writing for Coventry University, WriteMentor and Writing West Midlands, and has written articles for numerous publications, including the Guardian and the Children’s Writers and Artist’s Yearbook. Her books have sold over fifty thousand copies in the UK alone, and been translated into five languages worldwide. Her writing has been described as ‘gripping romantic sci-fi’ by the Wall Street Journal and ‘a strange, witty, compulsively unpredictable read which blows most of its new YA-suspense brethren out of the water’ by Entertainment Weekly. The Last Beginning was named one of the best LGBT-inclusive works for young adults by the Independent. Lauren is a passionate advocate of STEM further education, and all of her books feature female scientists in prominent roles. The Loneliest Girl in the Universe was inspired by a Physics calculation she was assigned at university. The Quiet at the End of the World considers the legacy and evolution of the human race into the far future. She lives in the West Midlands and you can find her on Twitter at @Lauren_E_James or her website http://www.laurenejames.co.uk