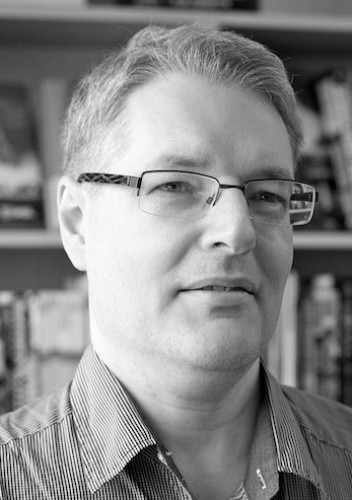 Darryl Cunningham studied at Leeds College of Art and is a prolific cartoonist, sculptor and photographer. He lives in Yorkshire.

Cunningham has also worked as a health care assistant on an acute psychiatric ward which informed and inspired his acclaimed first book, Psychiatric Tales (Blank Slate, 2010). His second book of graphic journalism, Science Tales, published by Myriad in 2012, was shortlisted in the Best Book category at the British Comics Awards 2012. His latest graphic investigative book, Supercrash: How to Hijack the Global Economy, was published to acclaim by Myriad in October 2014 and won the ‘Best Writer – Independent’ category at the Broken Frontier Awards 2014. He is one of thirty world-renowned artists invited to contribute their own unique piece to The Art of Saving a Life, an online resource launched in January 2015 to encourage vaccination, sponsored by the Bill & Melinda Gates Foundation.