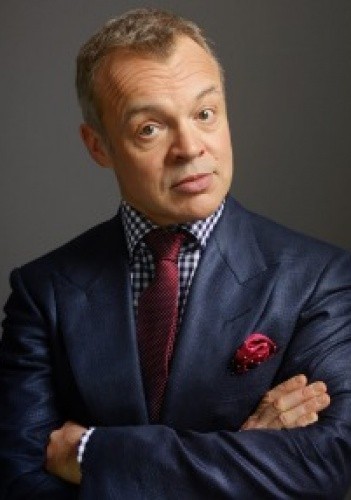 Graham Norton is one of the UK's most treasured comedians and presenters. Born in Clondalkin, a suburb of Dublin, Norton's first big TV appearance was as Father Noel Furlong on Channel 4's Father Ted in the early 1990s. He then secured a prime time slot on Channel 4 with his chat shows So Graham Norton and V Graham Norton.

Known for his quick wit and flamboyant style Graham began hosting a variety of talent shows on BBC1 from Strictly Dance Fever and Andrew Lloyd Webber's How Do You Solve A Problem Like Maria? to The Eurovision Song Contest and the BAFTAs. Graham was soon approached by the BBC to front his own self titled chat show The Graham Norton Show in 2007.

Graham Norton has won 5 BAFTAs for Best Entertainment Performace. He presents a show on BBC Radio 2 every Saturday and also writes, as Agony Aunt, weekly in a column for theTelegraph.